AGAINST THE GENERAL PUBLIC’S USAGE OF THE VERBAL “RIM SHOT” 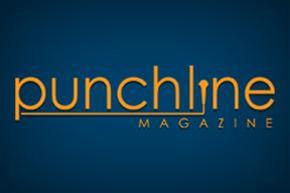 It’s hard to remember before the 90’s when stand up comedy had yet to be on every television channel or on every street corner establishment holding a comedy night. You had to search it out in record stores, Vegas and a few small clubs. But since then, it’s become as nonchalant as Starbucks or homeless tranny hookers.

The comedians have also been desensitized. Comics used to dress up and it was mostly men doing it. Now you’re lucky if the person showered before the show, is wearing pants and it is unclear as to whether the performer you just watched is male, female or “other”. None of this is negative or positive. Except for one item I take issue with.

Over the last 20 years there are certain comedic stock lines that have joined the spoken word of the Civilian or “audience” as you, the general public might call yourselves.  You might recognize “Try the veal” … “Drive safely” or the “Baddum-bum” (i.e. the verbal rim shot.)

In vaudeville and burlesque, performers used the verbal rim shot as a positive acknowledgement of where the joke or line had humorously taken the audience. It was a comedic punctuation if you will.

However, the public has made it a weak, flabby punch line with less depth than a Miley Sirus song without understanding the history and dimensions of its usage. If “supercalifragilisticexpialidocious” were used in the same manner, no one would care about Mary Poppins’s talking umbrella one bit! (OK that was the worst analogy ever.)

Allow me to educate you.

On or off stage, as a tag line or in conversation, the verbal rim shot was used by our comedic, ancestral industry professionals the way Jewish elders spoke Yiddish. Both are a slang language with vocabulary words that are less about definition but more described by feelings and situations. The words can also share multiple meanings depending on those situations and the people involved.

To this day, comedians use the “Badum-bum” in a spectrum of ways… laughter and excitement or tongue and cheek or as an inside joke revealed to the audience. It has layers of underlying meaning to it which includes anything from the journey it took to write the line, the appreciation to the other comic for his or her contribution to the bit within their conversation, or an understanding of the pain they all are subjected to when the joke falls flat and why. But with any of those reasons, it is always from a positive, warm, productive place… a place of community and safety and joint responsibility and protection … a place that you, the general public have not paid dues for.

When a joke is made by one regular person to another, replying with the “Badum-bum” is negative. It is shutting the person down. It has the connotation that the innocent joke or repartee was schlocky, hacky or just plain lame. It lowers one person and raises another. And humor should never be doused. Especially the innocent expression of one’s humor coming out naturally, it is playful and kind. Isn’t it nice that someone is expressing himself or herself in an attempt to connect with other human beings without hate?

Well comedians hate you for doing it. And doing it to a comedian is the rudest, most insulting thing a civilian could do. It’s like a non-marine yelling “Hooyah!”  Or doing the secret handshake to a Mason lodge member. Ya weren’t in the war and you don’t wear a fez so you can’t use our stuff.

My friend Mary debates that the rim shot was being done in conversation by her grandfather years before I was born! Well that doesn’t mean it’s right!

Only weeks ago she told me the word “retarded” was used by medical practitioners years ago because science had yet to discover and dissect the origin of individual diseases. Once they learned better, they changed their vocabulary. In which case, the “Badum-bum” should stop being used now that people realize they are using it in random and often derogatory context!

A white man cannot use the “n-word”. But it’s fine for black people to use it with each other. In turn, the verbal rim shot is only for comics, comedic acts and writers. It is for internal usage only.

(NOTE: My black friends said I can still call them “black” instead of the lame-ass, PC, “african-american” … probably because it’s a lot nicer then when I used to call them coons.)

The power of the “badum-bum” should be used for good, not evil and cannot be in the hands of novices. Not to mention the fact that once something comes into America’s mainstream vernacular, an irresponsible public usually pummels and squeezes it for every bit of life it has before throwing it away, lifeless and washed up like Melanie Griffith.

So like the Hobbit’s ring, Arthur’s sword or Flava Flav’s clock necklace, I am spearheading the movement to take the verbal rim shot back to the safe and responsible hands of it’s masters, the comedic performers.

AS SEEN IN THE HUFFPOST: http://www.huffingtonpost.com/michael-ziegfeld/speaking-out-against-the-_b_4161143.html