Indie film, ‘The Ventriloquist,’ follows a taciturn ventriloquist who tries to outwit his gregarious dummy produced and starring Kevin Spacey .

Spacey hired “Dummy Doctor” Alan Semok (http://homepage.mac.com/asemok/ddbio.html) as a consultant and puppet designer on the film. He has taught the vent technique for numerous films and TV shows including Adrien Brody, Tim Robbins and David Wain’s “The Ten” where he met the film’s co-star, Michael Paul Ziegfeld. Alan was also commissioned the refurbishing of the original Howdy Doody by Buffalo Bob Smith and took over the voice and puppeteering of the figure after Bob’s passing.

Semok says, “I recommended Michael  for the job of providing manipulation for “Mr. Higgins” in that scene where Kevin Spacey was not operating him. Michael did a fantastic job…his puppetry was very precise and nuanced.  In my opinion, that short scene demonstrates just about the most perfect manipulation of one of my vent figures that I’ve ever seen, and it dramatically shows what is possible when you actually think about what the figure is saying and use that to move the figure accordingly, rather than just flapping the jaw and wiggling mechanisms for their own sake.“

Comedian, puppeteer and actual ventriloquist, Michael Paul Ziegfeld was handed the baton from Semok for the west coast shoot wearing several hats which included consulting the production on shooting and set design with puppets and effects, as well as coaching Mr. Spacey on technique.

Michael says, “Kevin is brilliant and I am so pleased to have had the opportunity to watch one of the finest actors experience something new. Unlike most ventriloquists simply playing the straight man and feeding set ups, Kevin had the rare undertaking to be responsible for enveloping himself into his character while simultaneously manipulating the inanimate object. For many actors this would pull them out of their personal moment in the scene. So I  tried to show him how to best support his acting choices for the puppet as well as himself.

Only having access to the puppet a few days prior to shooting, Kevin handled it beautifully and got a real kick out of it. If he was able recall a quarter of the coaching while producing and starring in the three short films, he’d be great.”

He continues, “Yes, there was a climax scene where I controlled the figure. The puppet wasn’t built for this kind of manipulation so although it wasn’t “clean” by my standards (tough pivot, sticking mouth, etc.), the limitations worked for the genre of the film.” 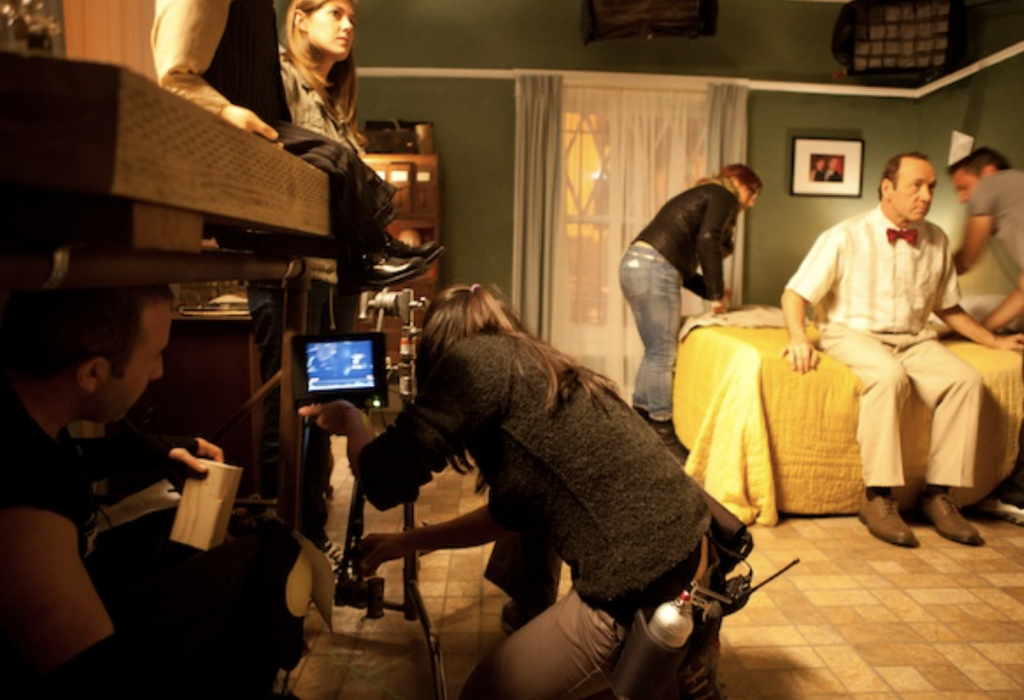