“… a puppeteer that is smart and hilarious. That’s rare. I loved your workshop.”

For those who love the artistry, please enjoy this album of photos from co-workers, public domain & my own personal archives from numerous productions. 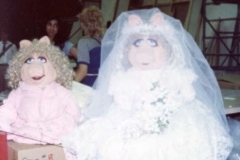 “The first time I met Jim Henson, I was in my teens. I leaped off the Disney Tour Tram when they announced the Hensons were renting the production offices on the lot. I sneaked through security and asked for Jim. I was told I had just missed him and when I turned around, he walked in, finished his conversation, turned to me and that’s when I told him I was going to work for him. He said he’d look forward to that day.”   – Michael Paul